Since we last featured his work in 2017, Kip Omolade’s portraits have evolved to include more than one subject. “In my paintings, I previously presented each mask as a singular portrait,” he told Colossal. “In my current work, the faces are now interacting with each other. They are arranged together on large canvases measuring 13-15 feet long. The masks have become mythological characters having conversations about humanity. I see them as deities pondering age old questions about birth, life, death, identity and love.”

He has also included his three children in his work for the first time. Their portraits, titled Diovadiova Chrome Triumph after a Wu-Tang song, represent “life’s ability to survive despite environmental and societal hardships. Reflections of Times Square New York City are captured within their portraits. In a seemingly eternal sleep, they are depicted with their eyes closed…still innocent to the world.”

Kip Omolade is opening a pop-up art show in New York City on September 9. Titled The Diovadiova – Avoid a Void, the show will be open to the public at 520 West 23rd Street. For more upcoming event news and progress shots of his work, give the artist a follow on Instagram. 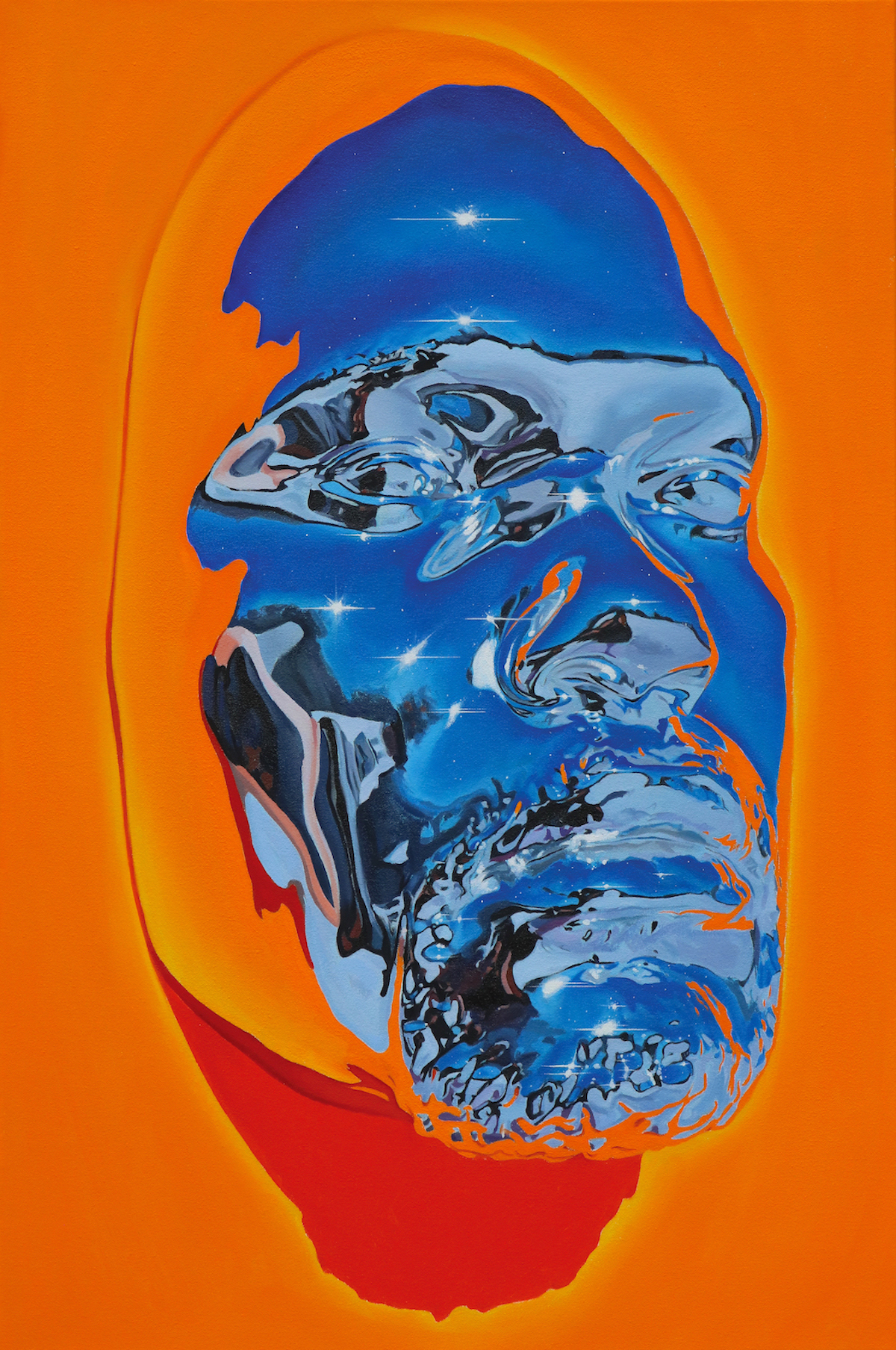 Profiled in the video below by filmmaker Jesse Brass (previously), Omolade speaks about immortality, form, universal beauty, and what it means to be a diva.