Bound with loose threads and inscribed with sinuous lines that crawl across the page, the textile works created by Tennessee-based artist Rima Day evoke the Japanese good luck charms called sennibari. Translating to “thousand person stitches,” the Japanese amulet was developed during war times when women would ask friends, family, and even strangers to make a knot on a piece of fabric, which was then gifted to a soldier for protection. Some of the collectively made works depicted “animals such as a tiger, meaningful kanji, a picture of the Japanese imperial flag, or just geometrical patterns,” the artist tells Colossal, and often were stitched into vests or sashes so they could be worn.

In Day’s iterations, the loose threads hang from letters and books with translucent pages, two objects emblematic of communication and knowledge sharing, with winding systems puncturing their surfaces. “Red thread symbolizes human connection in Japan,” she says. “My fascination with the similarity between nature and the human body manifested in matrixes that resemble blood vessels, root systems, and tree vines.”

Day’s work is currently on view as part of a group craft exhibition at Tennessee State Museum. She shares a variety of her fiber-based pieces on Instagram and sells stitched cyanotype prints and other sculptural objects on Etsy. You also might enjoy the sprawling words of Janaina Mello Landini. (via Lustik) 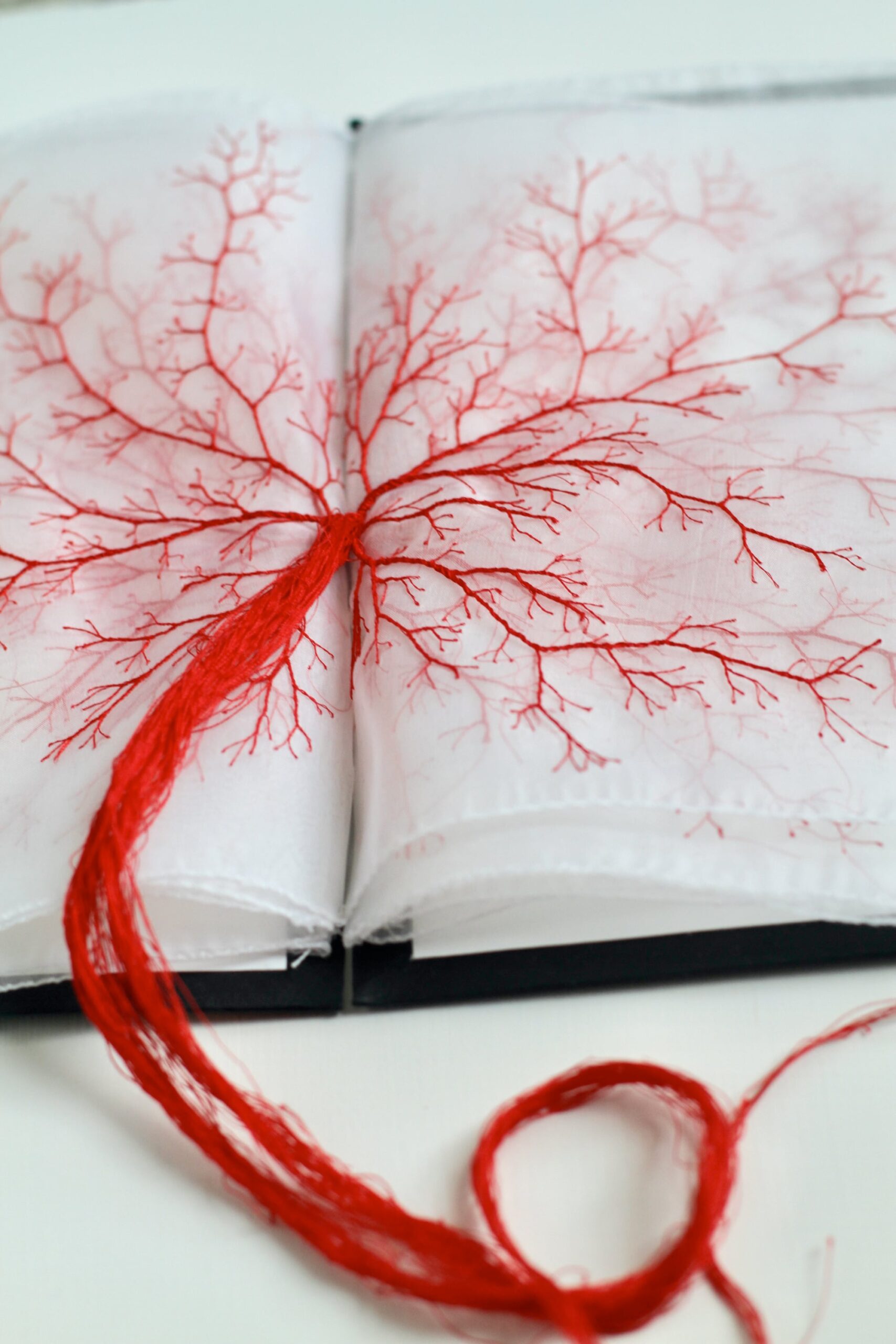