All images by Ivane Katamashvili, shared with permission

An expansive exhibition sprawling through the Starrett-Lehigh Building in Chelsea offers an intimate and holistic glimpse at the life that inspired Jean-Michel Basquiat’s body of work. Opened Saturday, King Pleasure is curated by the artist’s two younger sisters, Lisane Basquiat and Jeanine Heriveaux, who unearthed more than 200 artworks and artifacts as part of the broad, deeply personal look at their brother’s world. Many of the objects, which range from stacks of books and home movies on VHS tapes to early pieces and paintings, are on view for the first time.

Presented chronologically, the show charts the artist’s rapid success rooted in New York City’s graffiti scene of the 1970s. It leads viewers through a space filled with wood-paneled walls and architectural replicas designed by David Adjaye. The immersive reproductions provide insight into the places where Basquiat spent much of his time and developed his distinct aesthetic, including his childhood dining room in Boerum Hill, his 57 Great Jones Street studio, and the Michael Todd VIP Room of the Palladium, a beloved night club that commissioned two monumental works. 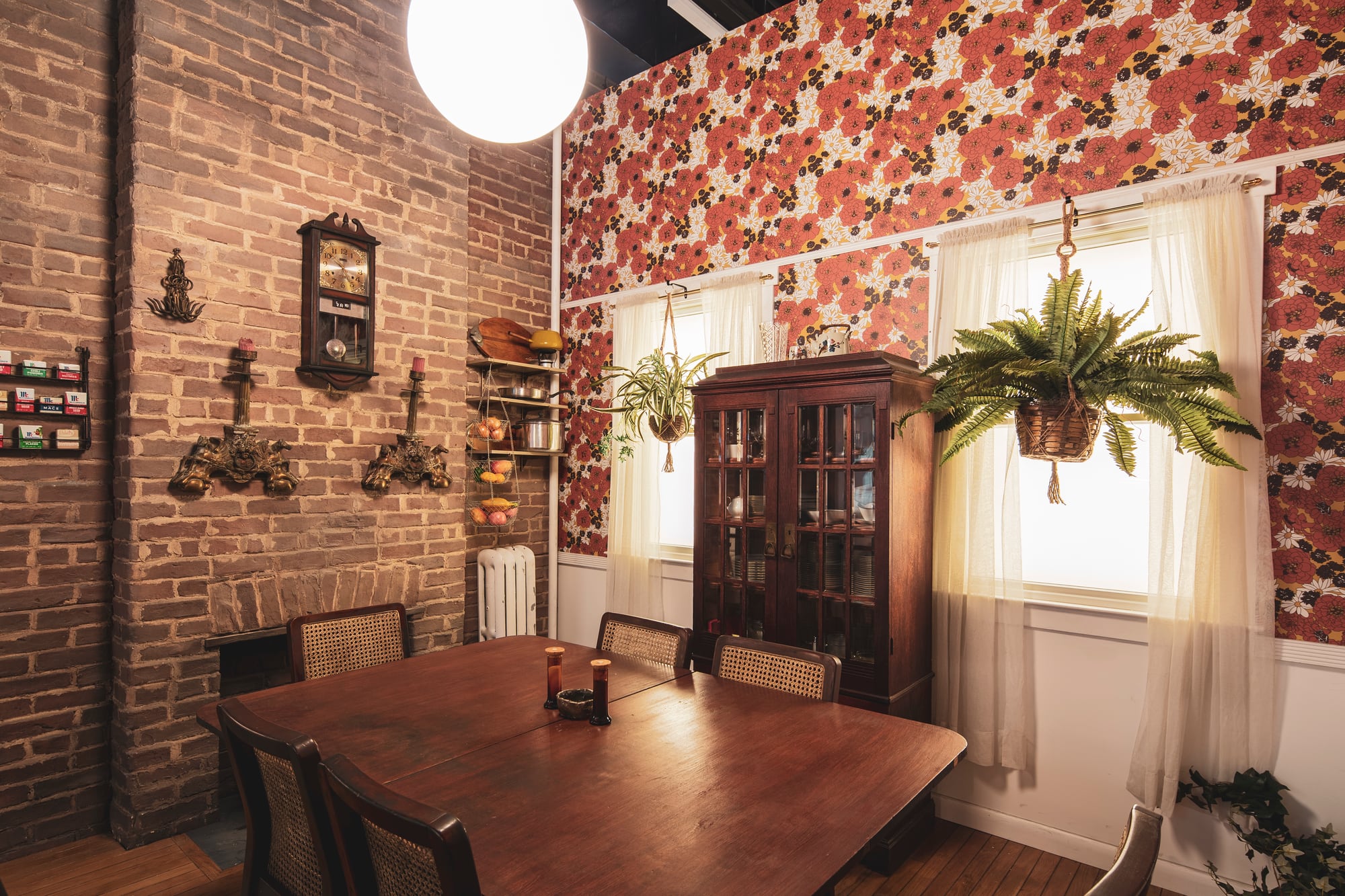 Comprised almost entirely of Basquiat works except for Andy Warhol’s silkscreen family portraits, King Pleasure showcases a variety of paintings, early drawings, cartoon sketches, and newsletters the artist made during high school in Brooklyn. “Untitled (100 Yen)” (1982) leans against the wall of his recreated studio, for example, while “Untitled (Quick Cash Shoe Business)” spreads across the floor. The exhibition draws its name from the 1987 painting in acrylic, which shows the artist’s recurring crown on a yellow backdrop.

As Robin Pogrebin writes for The New York Times, King Pleasure augments Basquiat’s legacy with objects, videos, and ephemera that create a fuller picture of his short life, which ended with a 1988 overdose at the age of 27. “We wanted people to come in and get the experience of Jean-Michel—the human being, the son, the brother, the cousin,” Heriveaux said in an interview. “To walk people through that in a way that felt right and good to us.” The exhibition also coincides with other U.S.-based shows of his works, including two at The Broad in Los Angeles and the Orlando Museum of Art.

Tickets for King Pleasure are on sale now, and an accompanying monograph featuring interviews with family members and an in-depth consideration of his life is also available this week from Rizzoli Electa.