Created by German designer Dieter Pilger along with Janno Ströcker and Frederik Scheve, this dizzying 3D-printed zoetrope was designed around the mathematics of the Fibonacci sequence. Unlike similar devices we’ve seen, Pilger says their design isn’t photographed or viewed using a strobe light to create the animation effect, but instead appears to move when staring directly at it in regular light (or darkness). The team credits John Edmark as their inspiration due to his earlier work with Fibonacci zoetropes. 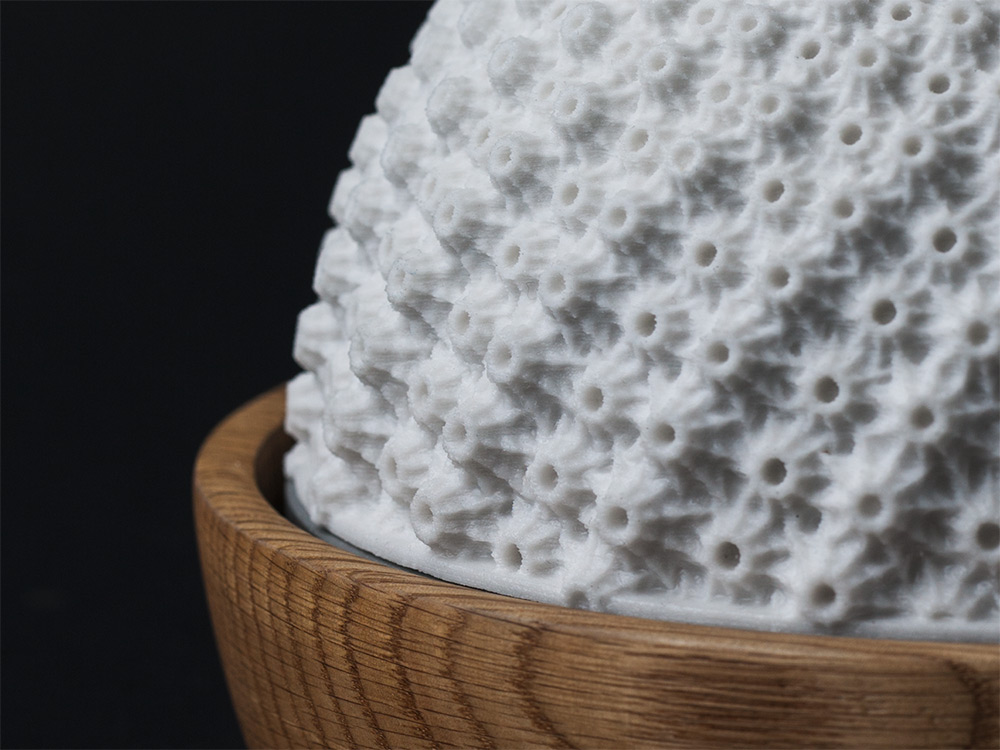