Stephen Knapp has been making work that is transformed by light for over thirty years, producing vibrant light installations he refers to as paintings. These large-scale works utilize minimal tools, harnessing simply light and dichroic glass to throw a multitude of colors against the walls and room. The installations are not sketched out beforehand or programmed by computer, but rather created during the installation process as Knapp moves intuitively to choreograph his intricate light patterns.

“The fun of what I do with light, is that there is nothing in our visual memory that prepares us for what I’m doing,” said Knapp in a short film about his work. “The fact that what I create can just be done with light, that there is no paint on these panels, is absolutely astounding to people. What I am trying to do most of all here is challenge any traditional notion of perception. What is it? Is it real? Is it not real? Does it matter?”

These works have been featured in solo exhibitions around the country including the Boise Art Museum, the Chrysler Museum of Art, the Naples Art Museum, the Butler Institute of American Art, and the Flint Institute of Art, among others. Knapp’s solo exhibition Lightpaintings is currently on view through August 27, 2016 at the Pensacola Museum of Art. (via Colossal Submissions) 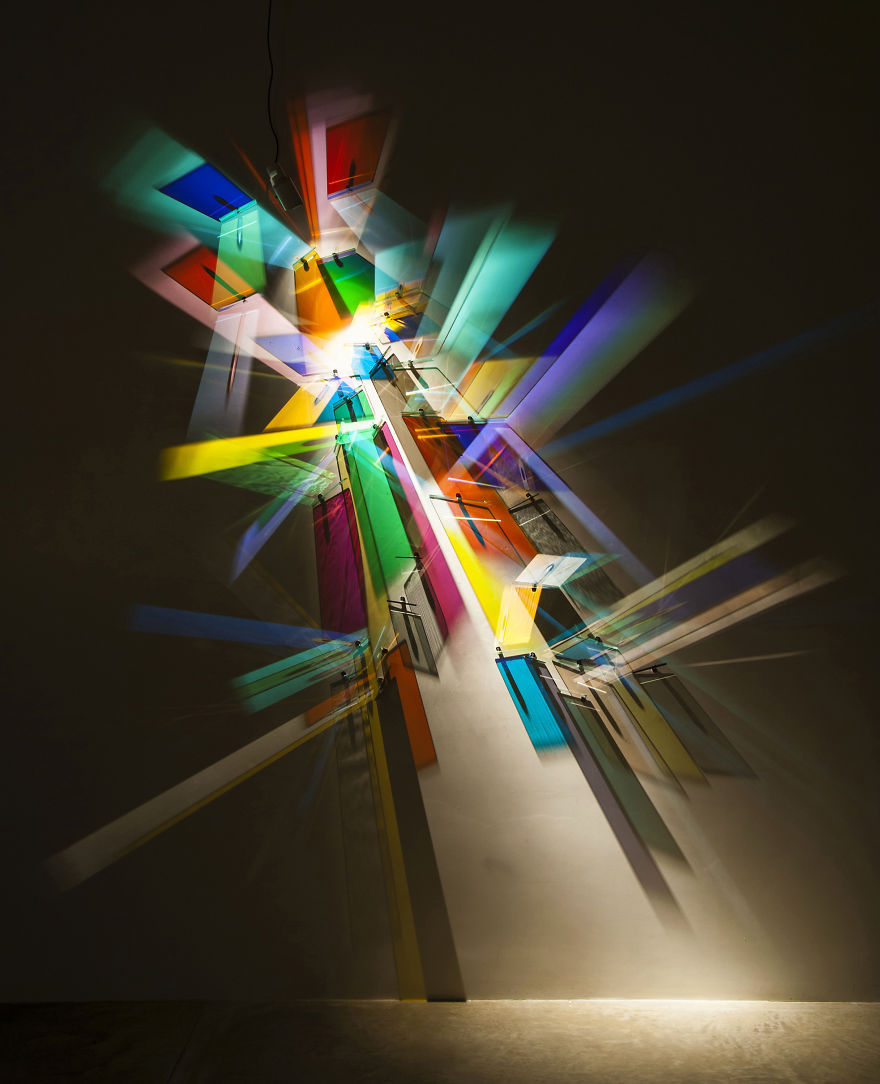